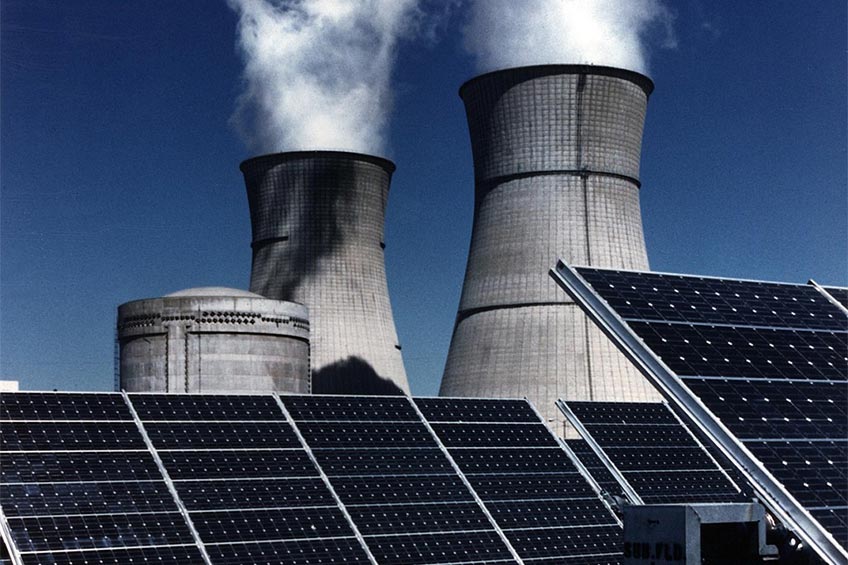 Renewable energy has been fighting to rise to the top of the energy industry for a few decades. Only recently has solar and wind energy shown that they are truly viable solutions to the world’s energy crisis. Doubters of renewable energy love to bring up comparisons that are not valid in an effort to discredit solar energy. Thankfully, facts and science are on our side and can clear up any misconceptions about solar energy.

Comparing solar energy to other energy sources will show why the sun has a real chance of being humanity’s primary source of energy.

Yes, even other renewable energy sources are not the best choice when compared to solar energy. Solar energy can go toe to toe with wind energy in every aspect.

Wind energy is highly location-dependent. Solar energy panels can be put nearly everywhere the sun shines. This is great for small villages that are located off of the beaten path and do not have access to a power grid. Solar energy has the potential to give electricity to these villages that have not had the chance previously. They can be installed into mini electric grids that will give villagers and rural residents very inexpensive electricity.

Additionally, wind turbines are also extremely expensive to install and there are plenty of complaints from locals who live nearby. Installing a wind farm is a massive operation that requires a lot of manpower. Residents rarely complain about the installation process of solar panels in a field or on a neighbor’s house.

A solar farm generally takes about 4 months for a complete installation. Conversely, a wind farm of similar power generation takes about 6 months for a complete installation. Solar energy is much easier on the eyes, and solar farms generally last longer than wind farms as well. There are solar farms from more than 30 years ago that are still in operation, whereas the design life for a quality wind turbine is about 20 years.

Although hydroelectric energy is renewable, there are only so many places on Earth where it can be used as a power source, unlike solar energy which can be used in almost every environment around the world. Hydroelectric dams are also thought of as a terrorist target because of how important they are to certain parts of the power grid. Solar energy is too spread out to ever be a real target for terrorists.

Coal power plants produce some of the worst by–products for the environment. Solar energy is a renewable source of energy and will substantially cut down on the amount of carbon dioxide that is emitted into the atmosphere. Coal is increasingly becoming more expensive as well. Just in April of 2019 renewable energy produced more energy than coal in the United States for the first time ever. Solar energy will become more economically viable than coal plants in the near future.

Nuclear waste is a huge problem when it comes to nuclear energy. In particular, nuclear waste is very expensive to handle and take care of. There is already 100,000 tons of nuclear waste, and that waste is not going away anytime in our lifetime. Solar energy does not produce any waste that will adversely affect the environment.

Nuclear power plants are becoming increasingly obsolete and out of date. There have not been enough capital investments into nuclear energy to open new nuclear power plants and keep the current plants up to date. Meanwhile, governments and private organizations are pouring billions of dollars into solar panels every year.

It is incredible to see how quickly solar energy has progressed and what it means for the future. Solar energy will continue to play a large part in power grids over the next few decades. There are positives and negatives to all energy sources, but when comparing solar energy to other energy sources, it is obvious that the benefits of solar outweigh any drawbacks. Contact us to discuss how you can help with the global energy crisis by investing in solar energy.

SHR Energy Management delivers comprehensive solar energy solutions. As one of the earliest developers of solar installations in the Northeast U.S. under the leadership of Founder and Chief Executive Noel Lafayette, SHR demonstrates a deep knowledge of solar industry complexities. Including regulatory matters, financial incentives, and renewable energy credit markets. SHR handles commercial, municipal, and utility projects ranging in size from 200kw to 25MW with access to over $500 million in capital funds. Contact SHR today. for your solar solutions.