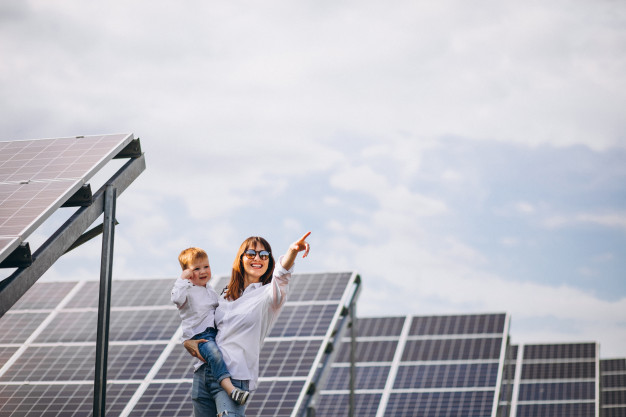 Solar energy is one of the most up and coming sources of renewable energy. Governments, investors, and universities are all pouring billions of dollars and hours into developing new solar technology. The future is certainly full of possibilities for the solar energy industry.

The Overall Future of Renewable Energy

Renewable energy continues to play a key part in the overall trend for the energy industry. There are actually four countries that were able to generate 100% of their electricity from renewables. Albania, Lesotho, Nepal, and Paraguay are all taking green energy to the next level.

The Outlook for Solar Energy

The United States is just one place where solar energy is growing rapidly. Countries in Asia, Europe, Latin America, and Africa are also quickly adopting technology in an effort to combat climate change and lower energy costs.

One area where solar energy will be making perhaps its largest impact is in developing countries. According to the International Energy Agency, more than 1.2 billion people lack access to a proper power grid. Creating energy sources is no easy task, but solar energy offers a host of benefits that are perfect for developing countries. Brazil, Chile, Jordan, Mexico, and Pakistan at least doubled their solar energy capacity in 2016, which is a staggering achievement.

Solar energy has the potential to allow these countries and people to connect to electricity and consequently transform their lives. Connecting remote villages to the main power grid is an expensive and labor-intensive process that many developing countries cannot afford. Creating microgrids is a relatively inexpensive way for developing countries to deploy electricity to homes and businesses. Furthermore, the International Energy Agency projects that by 2030 half of newly grid-connected homes will have their electricity provided by microgrids. Solar energy will play a large part in giving electricity to these homes connected to a microgrid.

Interestingly, solar cells now have the ability to be incorporated into clothing. At Nottingham Trent University researchers took solar cells and miniaturized them so that the solar cells are too small to be felt by the wearer.

Granted, this clothing integrated technology may not offer the breakthrough that the solar industry needs to make a huge difference in the energy industry. However, this technology showcases exactly how powerful and creative the solar industry can be. The wearable solar cells could help with powering mobile phones and other mobile devices, leading to a reduction in peak load for power grids.

Batteries are not often thought of when considering new solar technology. New battery technology is pivotal when considering the future of the solar industry. The problem is that current Lithium-Ion batteries are too expensive for many power grids and the energy that is stored does not last long enough for solar power.

Technology will continue playing a key role in the overall adoption and future of solar energy. There is no stopping the solar energy movement at this point, as it is a perfect fit for many different countries around the world. One thing is for sure, solar energy will certainly play a pivotal part in solving the global energy crisis.

SHR Energy Management moves quickly with unmatched flexibility and transparency in approaches to solar development solutions, delivering comprehensive solar energy solutions for over a decade. With a comprehensive understanding of every stage of solar development, SHR demonstrates a deep knowledge of solar industry complexities, including regulatory matters, financial incentives, and renewable energy credit markets. SHR is capable of handling commercial, municipal, and utility projects ranging in size from 200kw to 25MW with access to over $500 million in capital funds. For more information, contact us today.